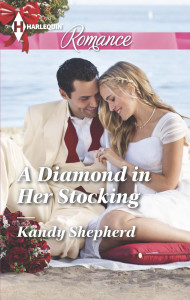 Chef and single mum Lizzie Dumont is returning to Dolphin Bay, and she’s focusing on making her new restaurant a success. She has no time for handsome Jesse Morgan — even if she can’t forget that incredible kiss they shared!

Try as he might, Jesse Morgan can’t forget it either. The betrayal in her past has made her wary of him; he hates the fact that she can’t see past his reputation as a heartbreaker. Now he’s on her mission to change her mind, and luckily it’s the most romantic season of the year — Christmas!

AS LIZZIE DUMONT looked around at the soon-to-open Bay Bites café, her new place of employment, she vowed she would never reveal how she really felt about the way her high-flying career as a chef had crash-landed into a culinary backwater like Dolphin Bay. Not when people here had been so kind to her.

She would put behind her the adrenalin rush of working at star-rated restaurants in the gastronomic capitals of Paris and Lyon. Give up the buzz of being part of the thriving restaurant scene in Sydney. Embrace the comparatively lowly life of a café cook.

Her sigh echoed around the empty café. Who was she kidding? That heady time in France had been the pinnacle of her career. But she’d been sinking in Sydney. Working shift after shift until past midnight in restaurant kitchens—no matter how fashionable the venues—had hardly been compatible with being a good parent to her five-year-old daughter, Amy.

With no family in Sydney to fall back on, and few friends because she’d lived in France for so long before her divorce, she’d struggled to give Amy a reasonable life. Drowning in debt, swimming against the current of erratic babysitter schedules and unreasonable rosters, after less than a year she’d been going under.

By the time her sister Sandy had approached her to manage the new café adjacent to Sandy’s bookshop, Lizzie had been on the edge of despair. She’d even been contemplating the unthinkable—letting Amy live permanently with her ex-husband Philippe in France.

Gratefully, she’d grabbed the lifeline Sandy had thrown her.

And here she was. Dolphin Bay was a rapidly growing resort town on the south coast of New South Wales, with a heritage-listed harbour and beautiful beaches. It was also, in her experience, a gastronomic wasteland—the only memorable meal she could ever remember eating was fish and chips straight from the vinegar-soaked wrapping.

But Sandy had offered her sanctuary and a new life with Amy. In return, Lizzie would throw herself wholeheartedly into making Bay Bites the best café on the south coast. Heck, why stop there? She would use her skills and expertise to make Bay Bites the best café in the country.
She let herself get the teeniest bit excited at the thought. After all, she would be in charge. No cranky head chef screaming insults at her. No gritting her teeth at an ill-chosen item on the menu she’d been forced to cook whether she’d liked it or not.

She continued her inspection, her spirits rising by the second. Sandy had done a wonderful job of the fit-out. The décor was sleek and contemporary but with welcome touches of whimsy. In particular, she loved the way the dolphin theme had been incorporated. Hand-painted tiles backed the service area. Carved wooden dolphins supported the wooden countertop and framed the large blackboard on the wall behind it where she would chalk up the daily specials.

There was still work to be done. Lots of it. Boxes were stacked around the perimeter of the café waiting for her to unpack. Large flat packages, wrapped in brown paper, were propped against the walls. She itched to get started.

But someone had started the unpacking. Outsized glass jars were already lined up at the other end of the counter to the cash register, their polished chrome lids glinting in the late afternoon sun that filtered through the plate glass windows that faced the view of the harbour.

She could envisage the jars already filled with her secret recipe cookies. Nearby was the old-fashioned glass-fronted rotating cabinet for cakes and pies she’d asked Sandy to order. The equipment in the kitchen was brand new. It was perfect. She would make this work.

Lizzie ran her hand along the wooden countertop, marvelling at the intricacy of the carved dolphins, breathing in the smell of fresh varnish and new beginnings.

‘Those dolphins are kinda cool, aren’t they?’ The deep masculine voice from behind her made her spin around. She recognised it immediately.

But the shock of seeing Jesse Morgan stride through the connecting doorway from Bay Books next door expelled all the breath from her lungs. Her heart started to hammer so hard she had to clutch her hands to her chest to still it.

Jesse Morgan. All six foot three of him: black-haired, blue-eyed, movie-star handsome. Jesse Morgan of the broad shoulders and lean hips; of honed muscles accentuated by white T-shirt and denim jeans. Jesse Morgan, who was meant to be somewhere far, far away from Dolphin Bay.

Why hadn’t someone warned her he was in town?

Lizzie’s sister was married to Jesse’s brother Ben. Six months ago, Jesse had been the best man and she the chief bridesmaid at Ben and Sandy’s wedding. Lizzie hoped against hope Jesse might have forgotten what had happened between them at the wedding reception.

One look at the expression in his deep blue eyes told her he had not.

She cringed all the way down to her sneaker-clad feet.

‘What are you doing here?’ she managed to choke out once she had regained use of her voice. She was aiming for nonchalance but it came out as a wobbly attempt at bravado.

‘Hello to you, too, Lizzie,’ he said with a Jesse-brand charming smile, standing there in her café as confident and sure of himself as ever. A confidence surely bred from an awareness that since he’d been a teenager he would always be the best-looking man in the room. But she noticed the smile didn’t quite warm his eyes.

She tried to backtrack to a more polite greeting. But she didn’t know what to say. Not when the last time they’d met she’d been passionately kissing him, wanting him so badly she’d been tempted to throw away all caution and common sense and go much further than kissing.

‘You gave me a fright coming in behind me like that,’ she said with a rising note of defensiveness to her voice. Darn it. That was a dumb thing to say. She didn’t want him to think he had any effect on her at all.

Which, in spite of everything, would be a total lie. Jesse Morgan exuded raw masculine appeal. It triggered a sudden rush of awareness that tingled right through her. Any red-blooded woman would feel it. Lots of red-blooded women had felt it, by all accounts, she thought, her lips thinning.

‘I didn’t mean to scare you,’ he said. ‘But Sandy told me you were in here. She sent me to give you a hand with the unpacking. I’ve made a start, as you can see.’

He took a step towards her. She scuttled backwards, right up against the countertop, cursing herself for her total lack of cool. She was so anxious to keep a distance between them she didn’t register the discomfort of the dorsal fin of the wooden dolphin pressing into her back.

It wasn’t fair a man could be so outrageously handsome. The Black Irish looks he’d inherited from his mother’s side gave him the currency he could have chosen to trade for a career as an actor or model. But he’d laughed that off in a self-deprecating way when she’d teased him with it.

Which had only made him seem even more appealing.

How very wrong could she have been about a man? 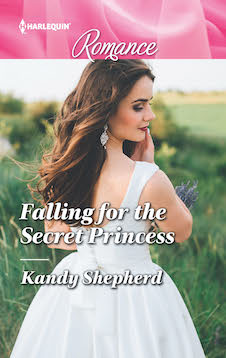 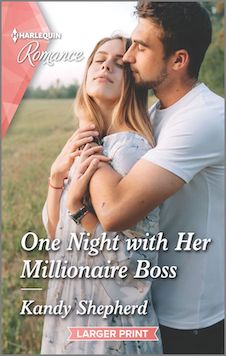