It started with a summer kiss…

Sandy Adams is on her way to an interview, but when she sees a signpost for Dolphin Bay she decides to take a detour down memory lane…

Ben Morgan has had his share of heartache. But when a ghost from his youth catches his eye memories of their last summer together come flooding back.

Everything has changed in the past twelve years, and still they’re right back where they started, facing a second chance they deserve… together.

ON SANDY ADAMS’S thirtieth birthday—which was also the day the man she’d lived with for two years was getting married to another woman—she decided to run away.

No. Not run away. Find a new perspective.

No way would she give even a second’s thought to any more heartbreak.

She’d taken the first step by driving the heck out of Sydney and heading south—her ultimate destination: Melbourne, a thousand kilometres away. On a whim, she’d chosen to take the slower, scenic route to Melbourne on the old Princes Highway. There was time, and it went through areas she thought were among the most beautiful in the state of New South Wales.

Alone and loving it, she repeated to herself as she drove.

Say it enough times and she might even start to believe it.

Somewhere between the seaside town of Kiama and the quaint village of Berry, with home two hours behind her, she pulled her lime-green Beetle off onto a safe lay-by. But she only allowed herself a moment to stretch out her cramped muscles and admire the rolling green hills and breathtaking blue expanse of the Pacific Ocean before she got back in the car. The February heat made it too hot to stay outside for too long.

From her handbag she pulled out her new notebook, a birthday present from her five-year-old niece. There was a pink fairy on the cover and the glitter from its wings had already shed all through Sandy’s bag. It came with a shocking-pink pen. She nibbled on the pen for a long moment.

Then, with a flourish, she headed up the page ‘Thirtieth Birthday Resolutions’ and started to scribble in pink ink.

1. Get as far away from Sydney as possible while remaining in realms of civilisation and within reach of a good latte.

2. Find new job where can be own boss.

She underscored the words ‘own boss’ three times, so hard she nearly tore the paper.

3. Find kind, interesting man with no hang-ups who loves me the way I am and who wants to get married and have lots of kids.

She crossed out ‘lots of kids’ and wrote instead ‘three kids’—then added, ‘two girls and a boy’.

When it came to writing down goals there was no harm in being specific. So she also added, ‘Man who in no way resembles That-Jerk-Jason’.

She went over the word ‘jerk’ twice and finished with the date and an extravagant flourish. Done.

She liked making lists. She felt they gave her some degree of control over a life that had gone unexpectedly pear-shaped. But three goals were probably all she could cope with right now. The resolutions could be revisited once she’d got to her destination.

She put the notebook back into her bag and slid the car back onto the highway.

An hour or so later farmland had made way for bushland and the sides of the road were lined with eucalypt forest. Her shoulders ached from driving and thoughts of a break for something to eat were at the front of her mind. When she saw the signpost to Dolphin Bay it took only a second for her to decide to throw the car into a left turn.

It was a purely reflex action. She’d planned to stop at one of the beachside towns along the way for lunch and a swim. But she hadn’t given sleepy Dolphin Bay a thought for years. She’d adored the south coast when she was a kid—had spent two idyllic summer holidays at different resort towns with her family, revelling in the freedom of being let off the leash of the rigorous study schedule her father had set her during the school year. But one summer the family had stayed in Dolphin Bay for the first time and everything had changed.

At the age of eighteen, she’d fallen in love with Ben. Tall, blond, surfer dude Ben, with the lazy smile and the muscles to die for. He’d been exciting, forbidden and fun. At the same time he’d been a real friend: supportive, encouraging—all the things she’d never dreamed a boy could be.

Then there’d been the kisses. The passionate, exciting, first-love kisses that had surprised her for years afterwards by sneaking into her dreams.

Sandy took her foot off the accelerator pedal and prepared to brake and turn back. She’d closed the door on so many of the bittersweet memories of that summer. Was it wise to nudge it open again by even a fraction?

But how could it hurt to drop in to Dolphin Bay for lunch? It was her birthday, after all, and she couldn’t remember the last proper meal she’d eaten. She might even book into Morgan’s Guesthouse and stay the night.

She put her foot back to the accelerator, too excited at the thought of seeing Dolphin Bay again to delay any further.

As she cruised into the main street that ran between the rows of shops and the waterfront, excitement melted down in a cold rush of disappointment. She’d made a big mistake. The classic mistake of expecting things to stay the same. She hadn’t been to Dolphin Bay for twelve years. And now she scarcely recognised it.

Determined not to give in to any kind of let-down feelings, she parked not far from the wasn’t-there-last-time information kiosk, got out, locked the car and walked around, trying to orientate herself.

The southern end of the bay was enclosed by old-fashioned rock sea walls to form a small, safe harbour. It seemed much the same, with a mix of pleasure boats and fishing vessels bobbing on the water. The typically Australian old pub, with its iron lace balconies was the same too.

But gone was the beaten-up old jetty. It had been replaced by a sleek new pier and a marina, a fishing charter business, and a whale-and dolphin-watching centre topped with a large fibreglass dolphin with an inane painted grin that, in spite of her shock, made her smile.

Adjoining was a row of upmarket shops and galleries. The fish and chip shop, where she’d squabbled with her sister over the last chip eaten straight from the vinegar-soaked paper, had been pulled down to make way for a trendy café. The dusty general store was now a fashionable boutique.

And, even though it was February and the school holidays were over, there were people strolling, browsing, licking on ice cream cones—more people than she could remember ever seeing in Dolphin Bay.

For a moment disappointment almost won. But she laughed out loud when she noticed the rubbish bins that sat out on the footpath. Each was in the shape of a dolphin with its mouth wide open.

They were absolute kitsch, but she fell in love with them all over again. Surreptitiously, she patted one on its fibreglass snout. ‘Delighted you’re still here,’ she whispered.

Then, when she looked more closely around her, she noticed that in spite of the new sophistication every business still sported a dolphin motif in some form or another, from a discreet sticker to a carved wooden awning.

And she’d bet Morgan’s Guesthouse at the northern end of the bay wouldn’t have changed. The rambling weatherboard building, dating from the 1920s, would certainly have some sort of a heritage preservation order on it. It was part of the history of the town.

In her mind’s eye she could see the guesthouse the way it had been that magic summer. The shuttered windows, the banks of blue and purple hydrangeas her mother had loved, the old sand tennis court where she’d played hit-and-giggle games with Ben. She hoped it hadn’t changed too much.

As she approached the tourist information kiosk to ask for directions on how to get there she hesitated. Why did she need the guesthouse to be the same?

Did it have something to do with those rapidly returning memories of Ben Morgan? Ben, nineteen to her eighteen, the surfer hunk all the girls had had wild crushes on.

Around from the bay, accessed via a boardwalk, was a magnificent surf beach. When Ben had ridden his board, harnessing the power of the waves like some suntanned young god, there had always been a giggling gaggle of admiring girls on the sand.

She’d never been one of them. No, she’d stood on the sidelines, never daring to dream he’d see her as anything but a guest staying for two weeks with her family at his parents’ guesthouse.

But, to her amazement and joy, he’d chosen her. And then the sun had really started to shine that long-ago summer. 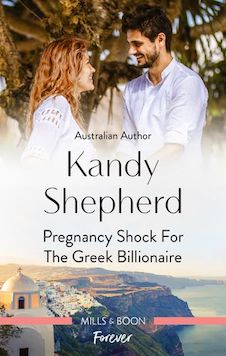 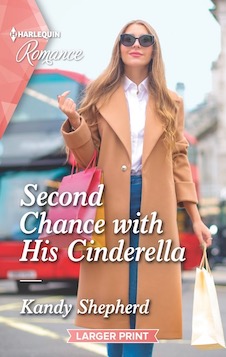 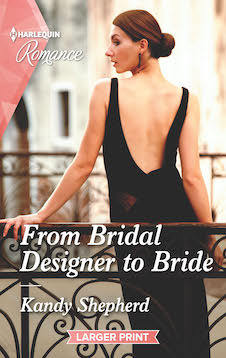 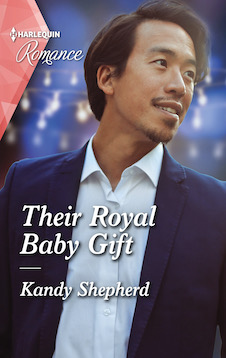